My name is Stan Cording. 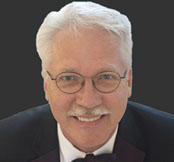 I’m a composer and pianist, and write classical music in a style called New Lyricism. You may not be familiar with that term, but chances are you’ve heard music in this style and liked it. It is a Music that is both tonal and melodic, yet contemporary. I’ve seen it described as a re-engagement with tonality. While there may not be consensus among the practitioners about what to call the style, I personally prefer New Lyricism because it’s just descriptive enough to be easily understood, yet not so prescriptive as to be extremely limiting. It doesn’t harken back to an earlier style the way neo-classicism or neo-romanticism did, yet it is clear from the name that it is a reaction against both the academicism of the atonal style and the mechanical monotony of minimalism. We are entering a period where it is once again OK, maybe even fashionable, to write music that is both beautiful and appealing.
In addition to the basic aesthetic of New Lyricism, I have a few other musical principles I try to apply in my music:
1. Music should be personal.
That is, not an academic exercise, not proof of a mathematical, nor even an aesthetic concept, not merely an arrangement of sounds, but actually composed by one person to communicate something to another person.
2. Music should be written for an audience of one.
Either a particular performer or listener will do. This ensures personal communication and that there really is someone who appreciates the work and “gets it”. And paradoxically, I believe it insures a wider audience than something written “for the masses”. To paraphrase Kurt Vonnegut Jr., “Write to please just one person. If you open a window and make love to the world, so to speak, your work will get pneumonia.”
3. Music should have melodies and motifs.
It should consist of recognizable structures and events, because that’s the way the human mind works. Not necessarily traditional, or traditionally tonal, but recognizable none-the-less. Music that doesn’t have this is either frustrating: the mind tries to find patterns that aren’t there; or tiring: the mind is busy imposing its own imagined patterns on what is heard. Rather, the listener should be actively engaged with the composer’s ideas, clearly recognizable as such.
4. Music should strive for the maximum effect with the minimum of effort.
That doesn’t mean there won’t be technical challenges, just that those challenges shouldn’t require inordinate rehearsal time. Musicians should be able to profitably draw upon their experience with other music. There’s plenty of beautiful/moving/effective music to be written that doesn’t require, for example, a brand new, specialized notation system.