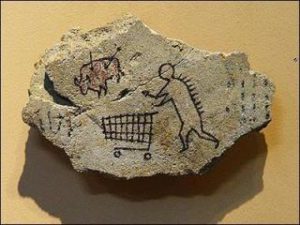 Graffiti artist and art prankster Banksy, has done it again. This time planting what seemed to be an example of early cave art in the British Museum. Banksy has often made use of the fact that most museums and art galleries are more worried about the attempted removal of works and haven’t given much thought to how to prevent “art” from getting in. He’s managed to get his art into the Tate Gallery in London, as well as the Metropolitan Museum and the Museum of Modern Art in New York, the Brooklyn Museum, the American Museum of Natural History in D. C., and the Louvre in Paris.
This time, the art, a rock really, was hung and had a sign “very similar” to the British Museum’s own signs, which read, in part: “This finely preserved example of primitive art dates from the Post-Catatonic era…” etc.

Though I confess I’m not a fan of Star Wars (I like sci-fi, just not space-opera), so I haven’t seen the latest, and thankfully last, Start Wars yet. Despite that, I might not be able to resist this version of Mr. Potato Head, called, naturally, Darth Tater. 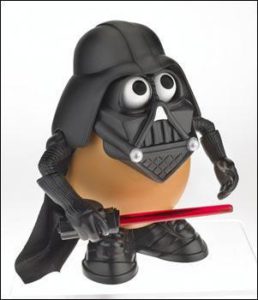 Got my copy of “Harry Potter and the Half-Blood Prince”. The Barnes and Noble I went to had around 2000 people. 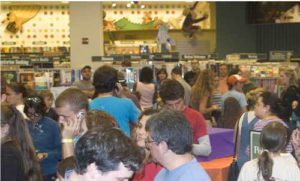 But things went pretty well, I think they were better prepared than last time. 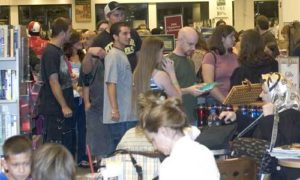 At last, a solution to that embarrassing problem of men stepping on their partners feet when learning to dance. 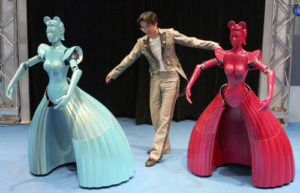 I always suspected robots could make tremendous improvements in the quality of our lives. I’m not sure what the Mickey ears are all about though…